Cinnamon rolls from a tube that actually taste good.  Way, way better than anything from Pillsbury.  6/10

I’ll get straight to the point: these rolls come in a tube, are baked in your oven, and taste good.  I almost can’t believe I just wrote that.  Cinnamon rolls.  From a tube.  That taste good! 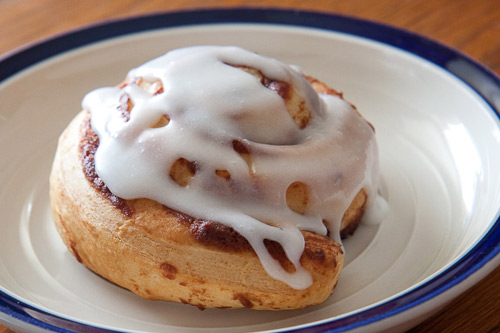 The bread crust has a pleasant crispness.  The bread interior is moist without being gummy.  The icing — vanilla — tastes a bit artificial, but is one of the better mass-produced efforts.  Oh, and you know how a cinnamon roll is supposed to be, you know, a roll?  These come through with flying colors: roll layers that separate like a champ! 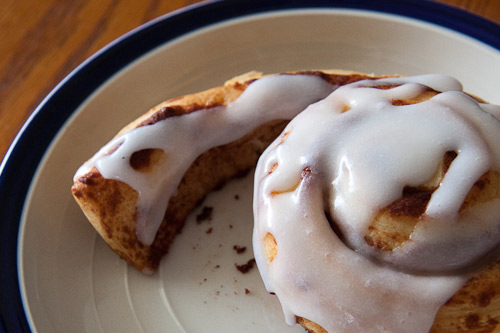 There are actual layers!

I won’t go so far as to say that they’re better than what you’ll find at a bakery — because they’re not — but compared to the crap that Pillsbury stuffs in cardboard, the Immaculate Baking rolls are in a totally different league.

Then again, at $5 per tube (or $1 per half-height roll), they had better be bringing a party to my mouth.

Available at specialty grocery stores.  Carried in the Minneapolis area by Byerly’s and Lunds.

This entry was posted in Home baked rolls. Bookmark the permalink.